Texas landed the biggest fish in the 2022 cycle on Friday afternoon when five-star quarterback Quinn Ewers of Southlake Carroll picked Texas over nearly every other major program in the country. Ewers is the first Texas quarterback to be ranked as the top prospect in the nation since Vince Young.

Ewers, a 6-3, 195-pound prospect, is the No. 1-ranked recruit in the entire country. He’s the second pledge for Texas in the 2022 cycle, joining wide receiver Phaizon Wilson. Ewers led Southlake Carroll to the semifinals of the Class 6A Division I playoffs. He threw for 4,003 yards and 45 touchdown passes to just three interceptions during his sophomore season.

Ewers is set to join a loaded quarterback room led by new offensive coordinator Mike Yurcich. Current starter Sam Ehlinger is set to run out of eligibility after the 2020 season. The next crop of quarterbacks is already on campus with true freshman Hudson Card and Ja’Quinden Jackson set to compete with Casey Thompson once Ehlnger is gone. Four-star Jalen Milroe, the highest-ranked quarterback on the 2021 Fabulous 55, is currently pledged to the Longhorns.

Skill set: Ewers is the prototypical quarterback for the modern era. He’s big, possesses a strong arm and is mobile enough to buy time outside of the pocket. He won’t win many races, but Ewers did rush for 568 yards and nine rushing touchdowns on 84 carries. His right arm is what earned the soon-to-be junior offers from nearly every major program in college football. He’s an elite, generational talent with early comparisons to Clemson starter Trevor Lawrence.

Ewers isn’t just talented. He’s a cerebral leader who demands respect from his peers despite not being extremely vocal. He’d become Texas’ first five-star quarterback commit since Garrett Gilbert. There’s no such thing as a sure-thing in football, but many scouts and college coaches believe Ewers is destined for greatness and a future in the NFL.

Immediate impact: Texas faces questions at quarterback for the first time since 2017 once Ehlinger runs out of eligibility if the 2020 season is played. There is no shortage of young talent on camps, and Milroe is planning on enrolling by the time Ewers arrives. If no one transfers or backs out of a commitment, the young quarterbacks should get a chance to earn the starting spot a season before Ewers arrives. The path to a starting spot depends on how the young quarterbacks take to position. Ewers would redshirt and wait for his time if a youngster like Card or Jackson takes the job in 2021. He could come in and compete for a starting spot as a true freshman if none of those young players take to the starting job following Ehlinger.

Fitting into the program: Yurcich wants to develop a vertical passing game and Ewers possesses the biggest arm in Texas. He can push the ball downfield with ease. He’s accurate and can make every throw in the passing tree. He’s the first real quarterback take for Yurcich considering Milroe was pledged to the previous staff. Ewers understands the pressures he’ll face in Austin. He’s coachable and a player Texas hopes defines the future of the program. Ewers should immediately help on the recruiting trail since he’s known state wide as the top player in his class.

Recruiting at the position: Ewers is likely the only quarterback taken by Texas in the 2022 class unless the program experiences transfers or de-commitments before he’s capable of signing a national letter of intent. Texas will consider its job done at quarterback over the last three cycles as Tom Herman continues to load up at the position. Milroe in 2021 and Ewers in 2022 is as good as any team in the country at the position considering the Longhorns signed Card and Jackson in the 2020 class. 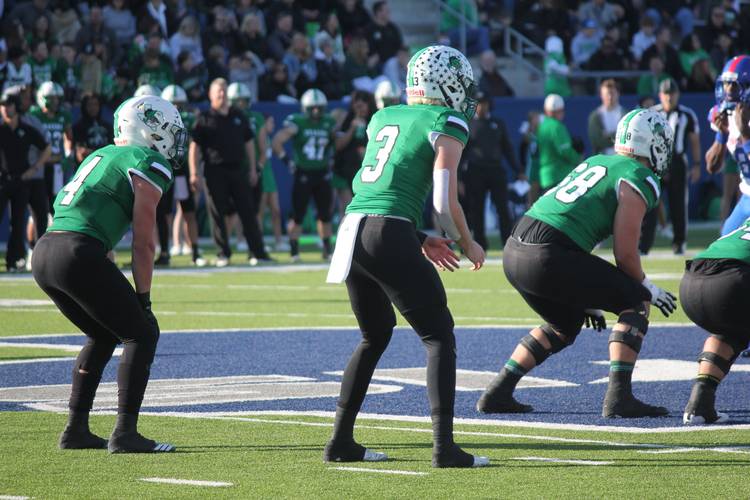 Breaking: No Spectators for Baylor Game

Tom Herman: No need to mess with Texas’ plan to dole out running back touches